What you think about this story?
[[LIVE-HD]] Amaranthe, Follow The Cipher, Warkings - Pumpehuset, København V Denmark

Join us on Instagram! https://www.instagram.com/dianeindenmark/ My entire video collection ...

Performance Preview: If Harold Pinter had written the ‘The Worm That Turned’ 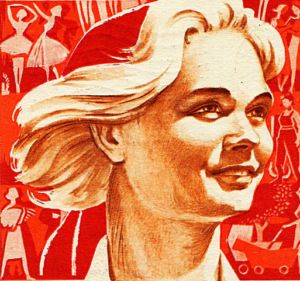 Donâ€™t worry if you havenâ€™t heard of it. It was a 1980 series within a series on British sketch show â€˜The Two Ronniesâ€™ in which women have taken over Britain, reversing gender roles, although the guards (led by silver screen legend Diana Dors) are still clearly wearing alluring boots and hot pants with male viewers in mind.

Fast-forward 40 years and Down the Rabbit Hole are staging a new take on a Harold Pinter satirical play â€˜Party Timeâ€™, which is more than a little reminiscent of â€˜The Two Ronniesâ€™ effort.

Narcissistic attitudesÂ
The male leaders of a totalitarian state in Pinterâ€™s original are perhaps a little influenced by the government of Gilead in Margaret Atwoodâ€™s 1985 novel ‘The Handmaid’s Tale’.

And given that thereâ€™s only so much public hanging, ritualised rape and finger amputation we can take, itâ€™s probably a good decision to flip the leadersâ€™ genders in â€˜Party Timeâ€™ â€“ to lend its tired script a few modern nuances in light of the #MeToo and #TimesUp movements.

Beyond the gender issues, there are other themes at play, such as the narcissistic attitude of a bourgeois society cut off from the growing squalour of the outside world, which is all too prevalent in countries of vast inequality such as Trumpâ€™s America and Brexit-ravaged Britain.

The decision means that director Michael Wighton is taking charge (if theyâ€™ll let him) of an all-female cast, including seasoned actors Tove Simonsen and Audrey Cremoux, who have been joined by three students from KÃ¸benhavns Film & Teaterskole, with which Rabbit Hole is developing a fruitful collaboration, of whom one isÂ Seren Oroszvary, who played Nina in ‘Vanya and Sonia and Masha and Spike’ last spring.