Cyprus ranks fifth worldwide among the countries with the highest production of cheese per capita. This is what a study by the international food mag

Cyprus ranks fifth worldwide among the countries with the highest production of cheese per capita.

This is what a study by the international food magazine Chef’s Pencil found.

The study looked at each country’s total yearly cheese production and correlated that with the size of each country’s population to see how much cheese is produced per person. 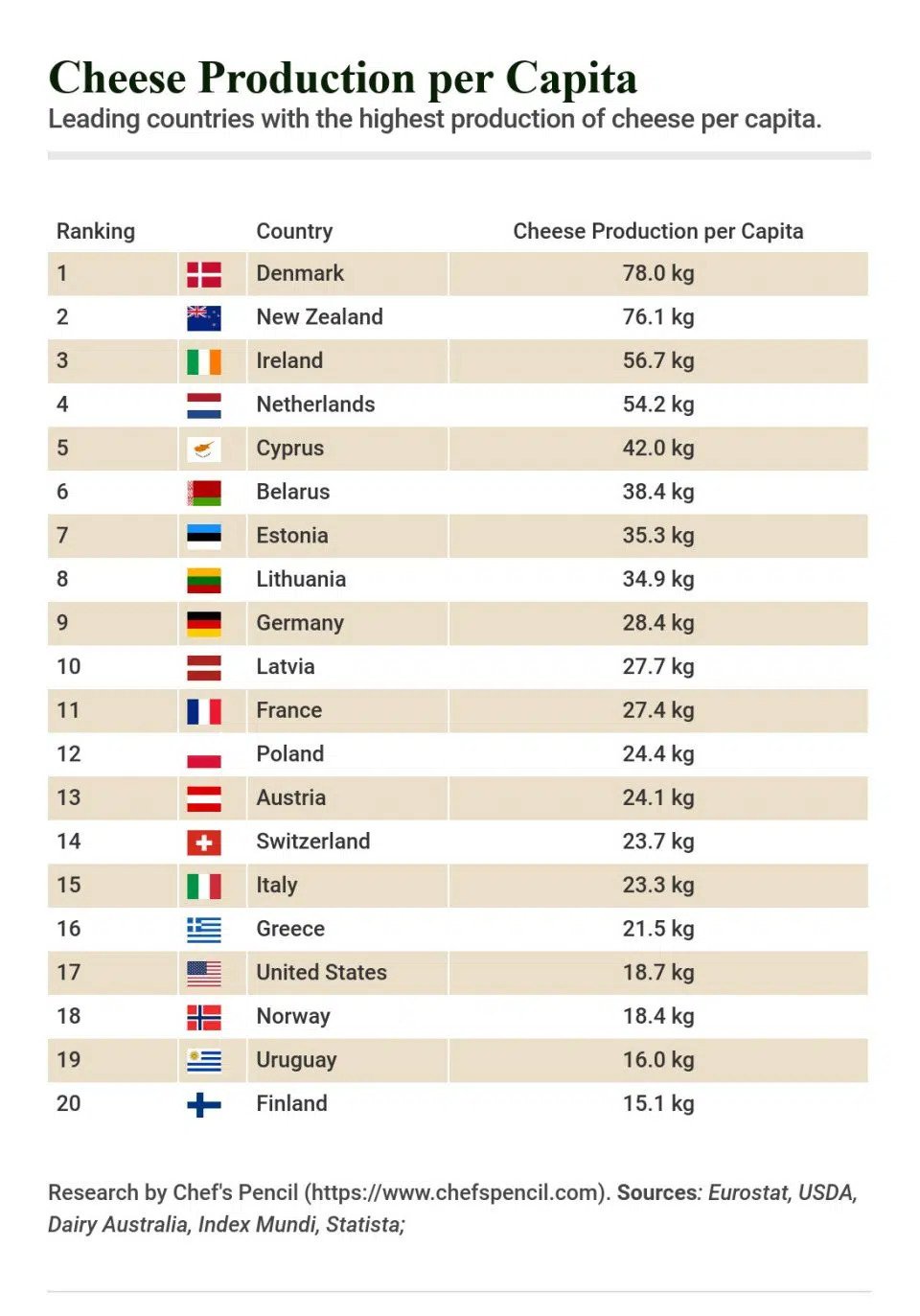 In addition, in the past five years, Cyprus recorded the highest cheese production growth (41%) rate in the European Union, a Chef’s Pencil spokesman told the Irish Mirror.

“Home to the delicious and famous Halloumi, the island nation of Cyprus has seen its cheese production skyrocket over the past few years. In the last five, it rose by 41%, the highest increase recorded among European Union countries,” Chef’s Pencil writes.

In 2021, halloumi was granted special status by the EU, which guarantees that only Cypriot-made halloumi can be marketed abroad under this name.

The study used data from Eurostat, USDA, Statista, Index Mundi, Dairy Australia, Clal.it and Dairy Industries Magazine. With the exceptions of Greece (2020) and North Macedonia (2016), all cheese production volumes are for the year of 2021.

As of Monday, only halloumi with PDO logo can go up for sale

What you think about this story?
Cyprus has 5th highest cheese production per capita in the world -research